Sheikh Mujibur Rahman, the young student leader (standing at the back) and Huseyn Shaheed Suhrawardy with Mahatma Gandhi in Kolkata. They were there to support Mahatma Gandhi's protest against the Hindu-Muslim communal riots (1947) — mujib100.gov.bd 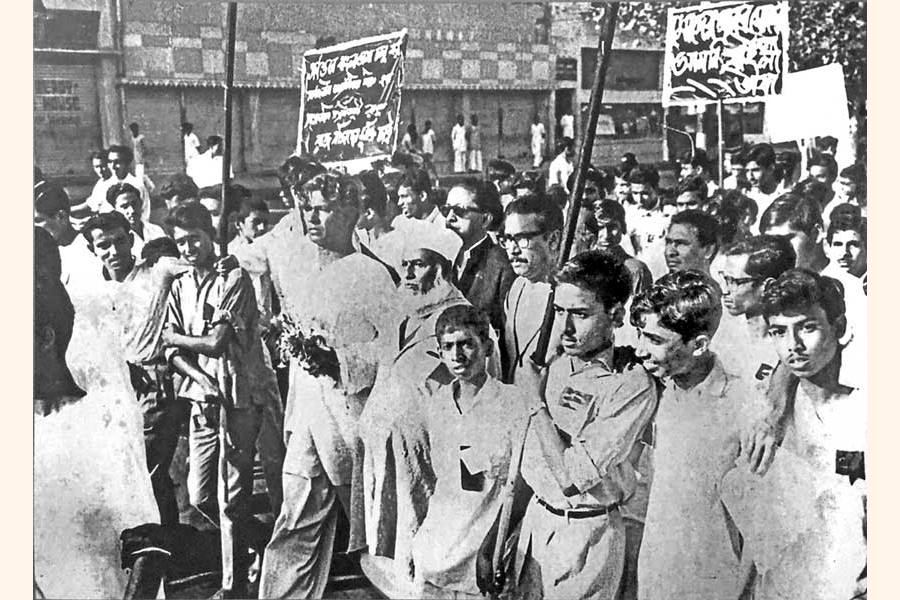 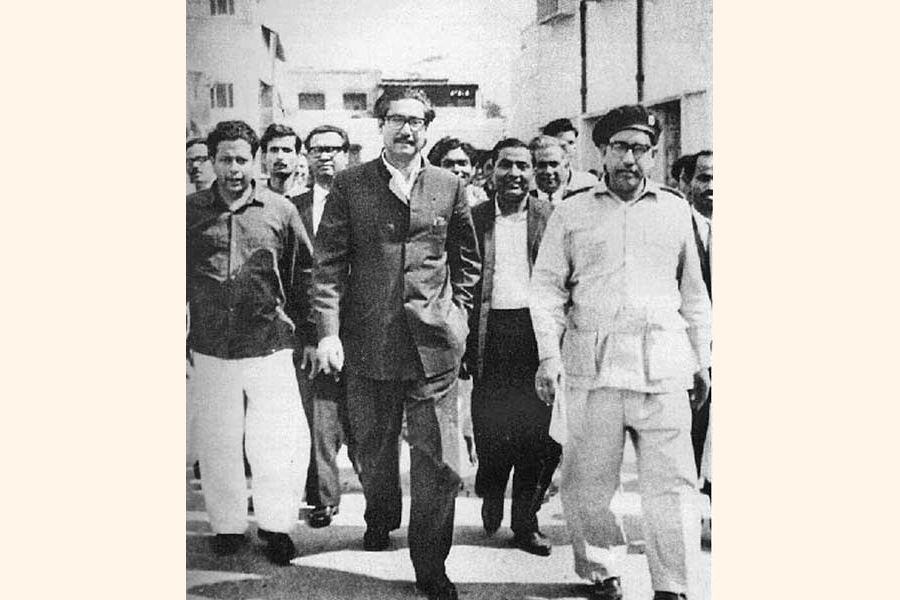 Sheikh Mujibur Rahman on his way to the Special Tribunal set up in the Dhaka Cantonment to try the Agartala Conspiracy Case (1969) — mujib100.gov.bd 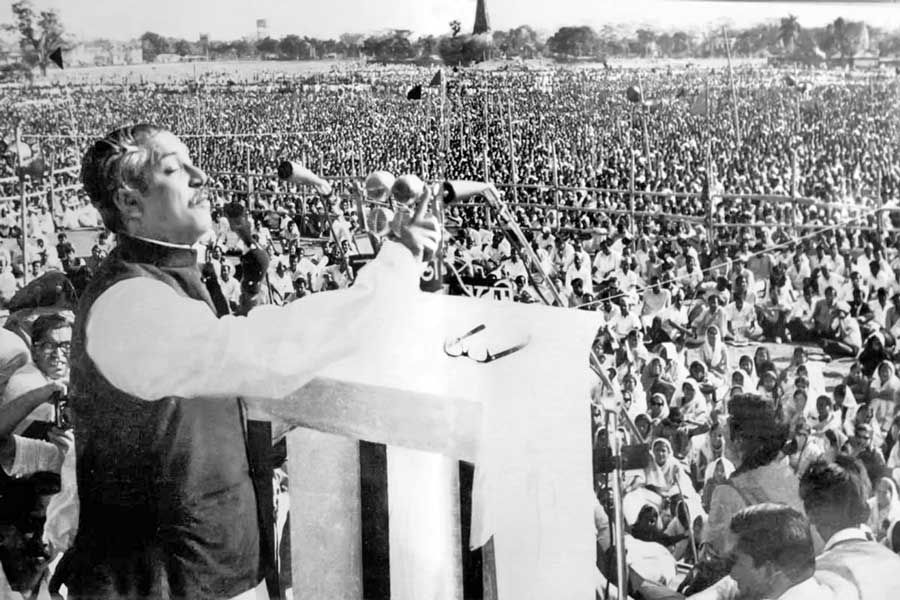 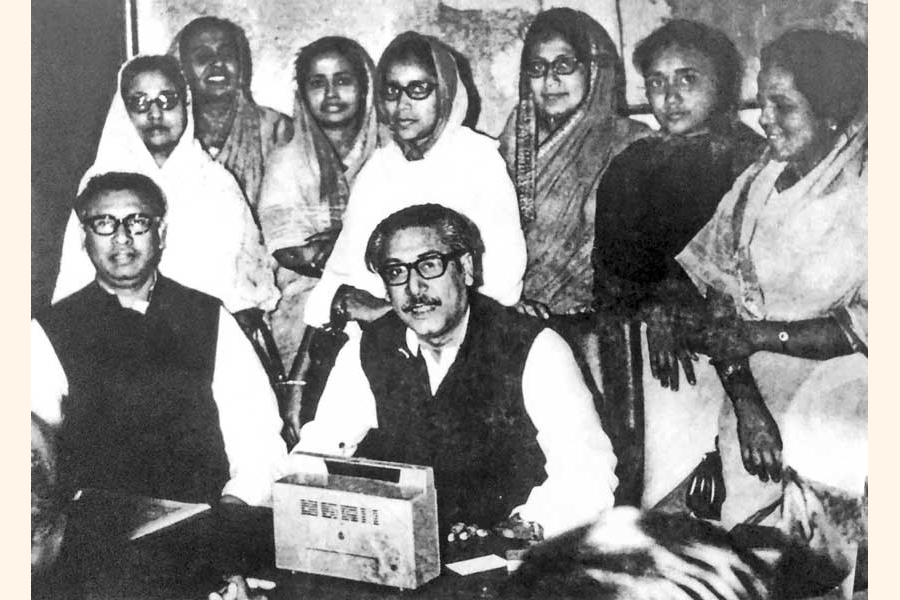